On July 1 at the Russian section of our site the following message was published.

Analysis of geophysical situation as of June 30 has revealed strained situation in the Japan area (WBG signals anomalies and anomalous Earth rotational mode combined with massive EQ clouds appearance in the Japan area). Today (on July 1) the following official warning on the possibility of strong earthquakes was submitted by fax to the Japan embassy in Russia. The message is presented below. 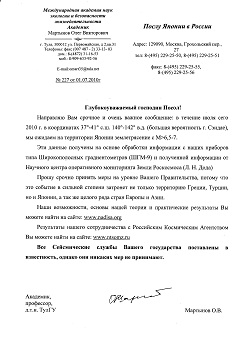 We want to draw our reader's attention to the embedding of HF and LF signals complex into the ULF frequency range shown on the following figure. 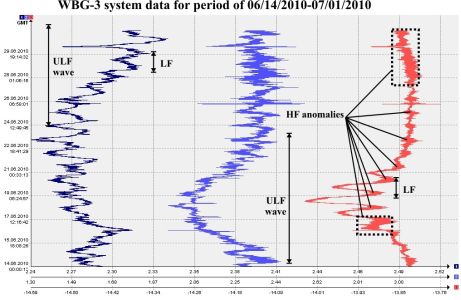 ULF waves carry information about "power" of the preparing events set and it is not only future earthquakes energy.