Geophysical situation as of June 23 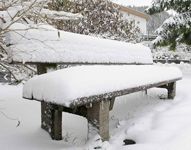 By the June 23 low frequency (LF) wave being registered by the WBG instrumentation system from the June 15–16 has ended. But high frequency (HF) anomalies having different intensity is still being observed. 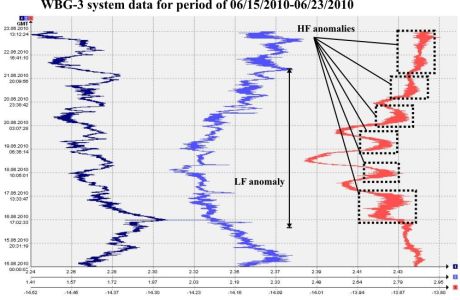 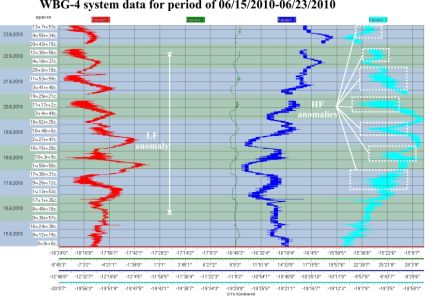 On the Kanoya measurements station of Kakioka Mangetic Observatory (Japan) on June 21 it is observed significant geoelectric anomaly. 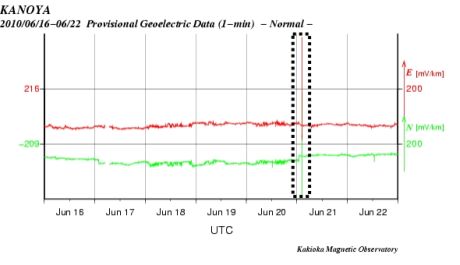 On the proton measurements stations (Cosmo-meteo-tectonics, Petropavlovsk-Kamchatsky, Russia) it is observed significant increasing of the alternative EMF. This is indicator of the highly intensified hydrogen degassing of the Earth's interior. 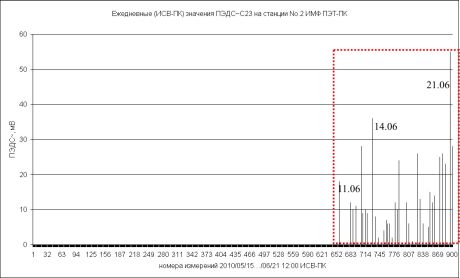 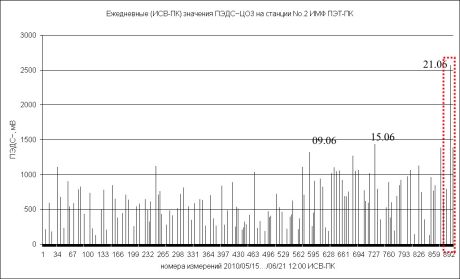 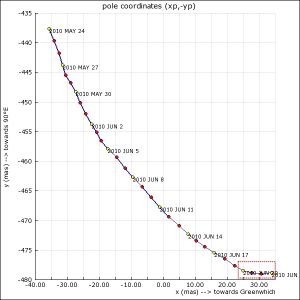 Local indicators in the Greece area 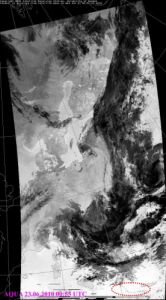 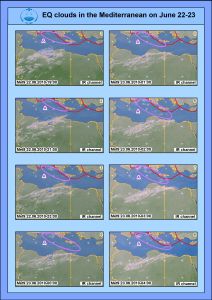 EQ cloud in the Mediterranean

Anomalous meteorological situation in the Central Europe has been indicated by the "summer snow" in the Austria, Germany and other countries occured on June 19–20:
–
–

Observed anomalies set is the response of different geospheres to the compensational process. Observed global and local indicators set is extremely anxious indicator of strong earthquake approaching. Unfortunately Greece and Russian corresponding agencies do not show any interest in the presented materials.

RC EOM also published information on their site in the messages "" on June 23 and "" on June 22 (these messages are currently in Russian only).