Geophysical situation as of June 18 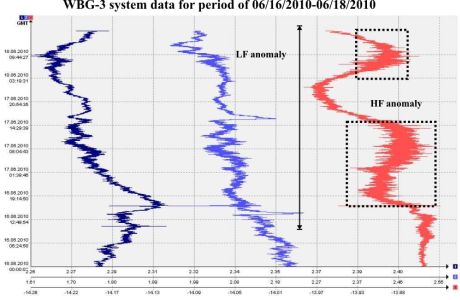 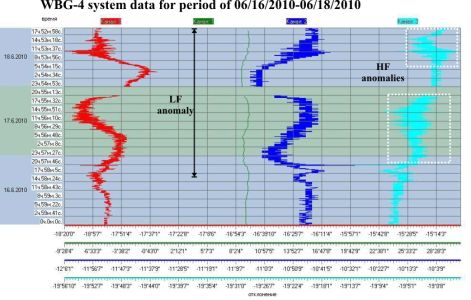 On the Kakioka measurements station of Kakioka Mangetic Observatory (Japan) on June 16 it is observed significant geoelectric. 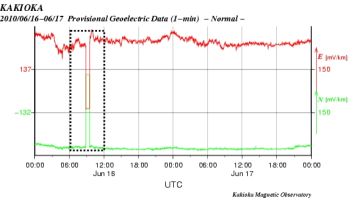 In the Earth rotational parameters on June 16 it is also observed anomalous rotational mode on the Y axis.

Coincidence of the observed anomalies set indicates approaching of the strong earthquake.

In the Greece area along African and Eurasian plates boundary RC EOM experts revealed EQ cloud on June 17 on the MeteoSat geostationary satellite images. Estimate of the possible EQ magnitude based on the length of the EQ cloud is 6.9. Below EQ cloud is shown on and on the RC EOM's composite. 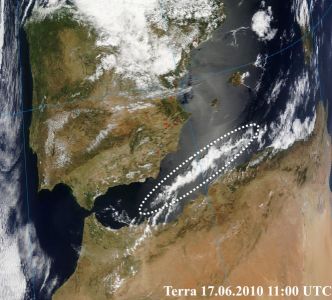 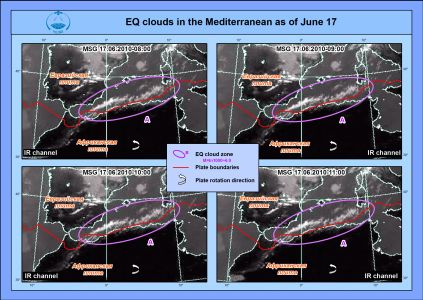 EQ cloud in the Greece area on the RC EOM's composite