﻿
Home > Current Work > Geophysical situation as of 4th of June

Geophysical situation as of 4th of June

In the Japan region during 3rd–4th of June in addition to the earthquakes mentioned in the previous message, several deep-focus earthquakes have occurred. In our opinion these events are the foreshocks of the approaching event. 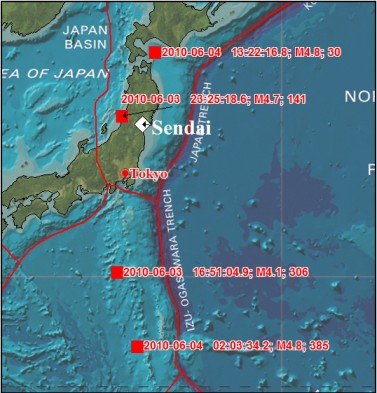 On the map below earthquakes of the last 7 days are shown. Also  their dates, magnitudes (first line) and depths (second line) are shown. 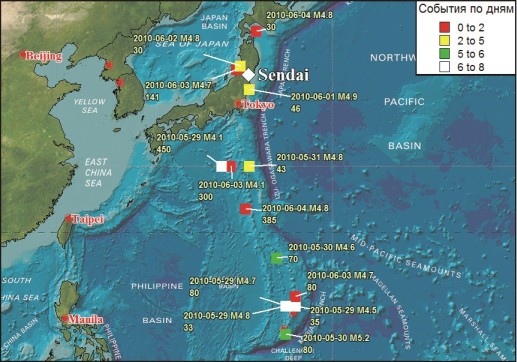 On May 28 in the California region it was revealed cloud seismotectonic indicator (EQ cloud). EQ cloud appearance clearly shows 37-38° N parallel activization. Also, in the western Mexico region another EQ cloud tracing Rivera microplate boundary was revealed. Location of EQ clouds in the regions of California and western Mexico is show below on the multisatellite composite of the and on the image of the geostationary satellite GOES-EAST. Close up view of the EQ cloud (in the Mexico region) is presented on the Terra satellite image. 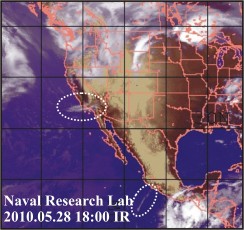 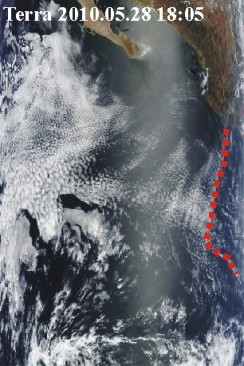 EQ clouds in the California-Mexico region

Recent events confirm the earthquake preparation and start up mechanism described in the paper in Jn. NONLINEAR WORLD, No.10, vol. 6, 2008. According to this mechanism, completion of the event preparation is accompanied by the processes complex on the whole planet. This differs from the conventional seismological point of view on the earthquakes as on the purely local events.

Версия для печати
Comments (0) Trackbacks (0) Leave a comment Trackback
You must be logged in to post a comment.
Japan Earthquake — Magnitude 6.1 — NEAR THE EAST COAST OF HONSHU, JAPAN Geophysical situation as of 3rd of June, 2010
﻿