After the completion of the intensive HF anomaly on June 14, certain slack has established against background of continuing LF wave. 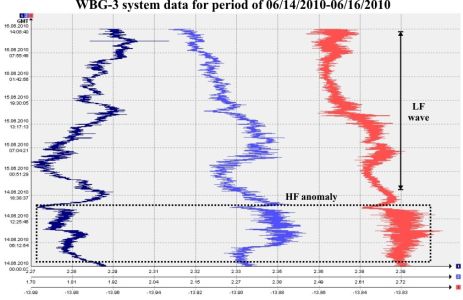 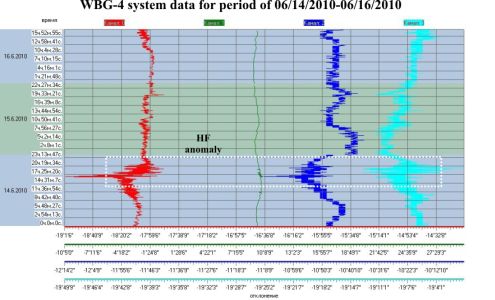 In two of three mentioned in the previous messages zones of strong earthquake preparation (Japan and Greece – message of June 6, Central American – message of June 6 (at present time only in Russian), strong eartrhquakes have occurred:
– has occurred on June 13 in the Japan zone;
– has occurred on June 15 июня in the Central American zone.
Tense situations in the Greece zone (third zone) is still remaining.
We are continuing monitoring of local and global strong earthquake preparation indicators.
Our partners (RC EOM) also has published information on greece and central american zones on their site in the messages and (currently only in Russian).