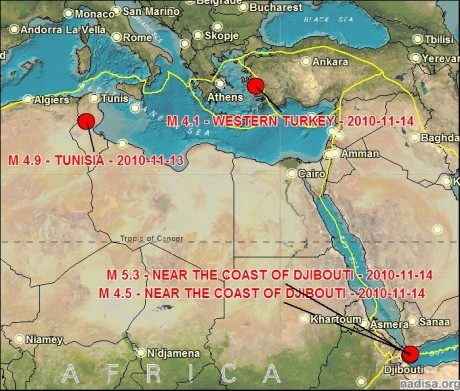 Location of the epicenters

These events indicate faults activation along northern boundary of the African plate and in the region of Red Sea along the western boundary of the Arabian plate. So we are expecting during next 5–6 days realization of EQ in the Southern Europe forecast area (Greece-Turkey) with magnitude M7+.

After this event realization, sequence of events previously published on our site will begin.

Today's EQ occurred in the Western Turkey with M4.1 () is the foreshock of expected main event.

Let's also note a whole cycle of events with M~4–4.5 in the Yemen region occurred on November 14. In the seismological report on the world EQs with M>4, today it can be observed events almost from the Yemen-Djbouti region. By 16:00 (UTC+3) 26 (!) earthquakes has occurred. 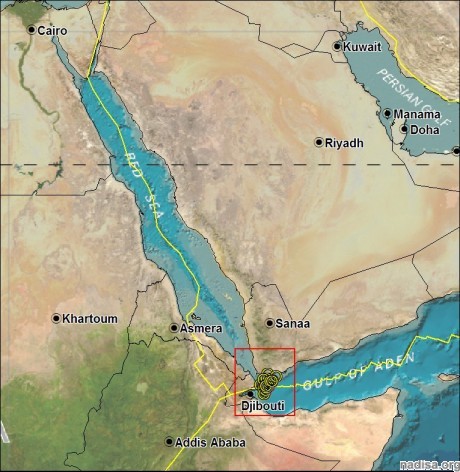 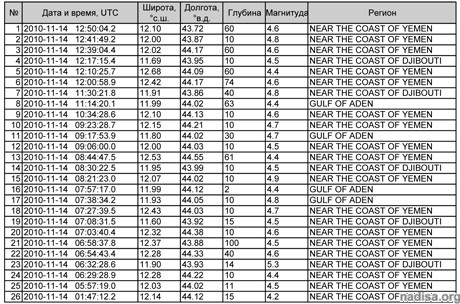 EQs in the Yemen region

Mentioned above events complex indicates processes activation along the boundaries of the African plate, which determines further events development in the Mediterranean region.